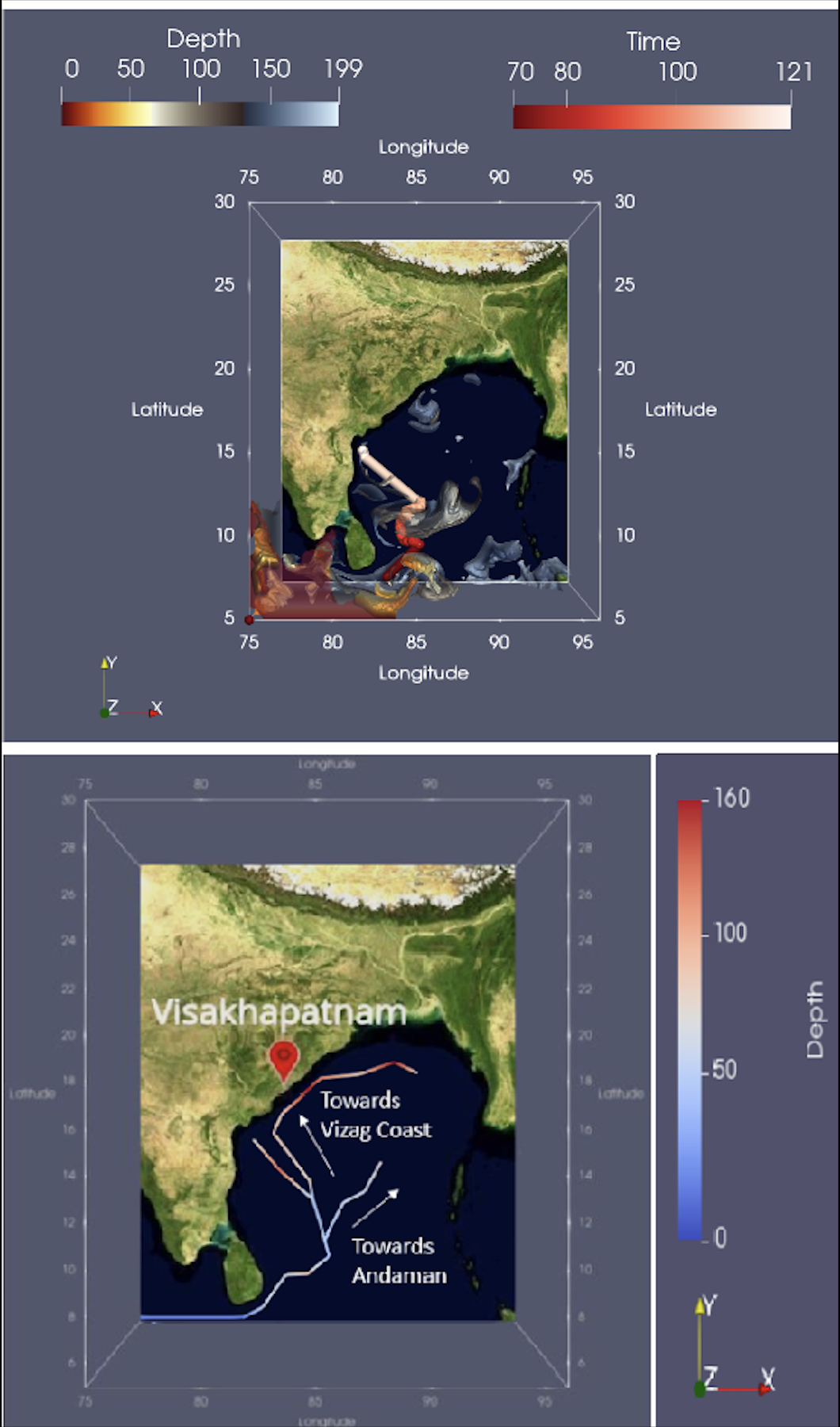 The Bay of Bengal (BoB) fosters several monsoon depressions and cyclones, playing a crucial role in the Asian summer and winter monsoons. The capacity of the bay to remain warm and energize such weather systems is attributed to its strong vertical stratification sustained by the large freshwater input into the bay. River runoff and rainfall into the northern bay in contrast to the high salinity water intrusion in the south creates a strong north-south salinity gradient. Here, we present a visual analysis tool to trace the path of the high salinity core (HSC) entering into the BoB from the Arabian Sea. We introduce two feature definitions that represent the movement and shape of the HSC, and algorithms to track their evolution over time. The two feature representations, namely fronts and skeletons, are based on geometric and topological analysis of the HSC. The method is validated via comparison with well established observations on the flow of the HSC in the BoB, including its entry from the Arabian Sea and its movement near Sri Lanka. Further, the visual analysis and tracking framework enable new detailed observations on forking behavior near the centre of the BoB and subsequent northward movement of the HSC. The tools that we have developed offer new perspectives on the propagation of high salinity water and its mixing with the ambient low salinity waters.