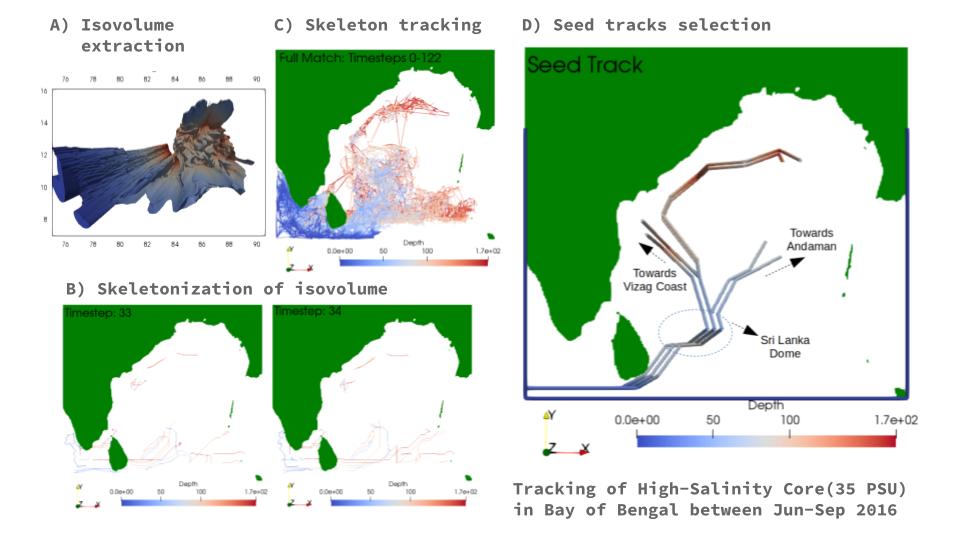 The Bay of Bengal plays a crucial role in controlling the weather systems that make up the South Asian summer monsoon. Freshwater inputs from both − rivers and a large amount of rainfall, make the Bay of Bengal a rather unique place. How does the freshwater make a difference to the ocean in that region - is an important climatological aspect that is being studied by leading oceanographers. The influx of freshwater into the northern part of the Bay dilutes the salinity of the sea water: while the mean salinity of the ocean is 35 PSU, in the northern part of the Bay, this number can be as low as 20 PSU, whereas in the rest of the ocean, changes in salinity are only in decimal places. The aim of this project is to leverage the advances in the visual analysis domain, to aid the oceanographers achieve an enhanced perspective regarding the phenomenon under study.