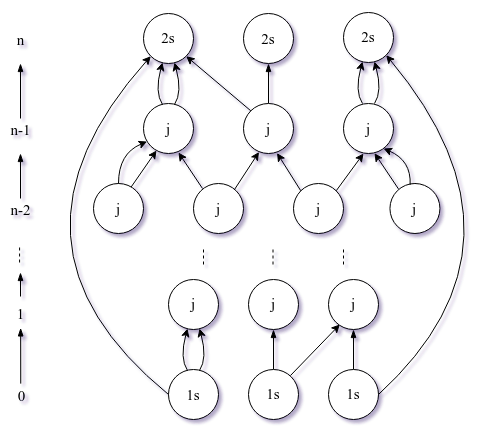 The Morse-Smale complex is a well studied topological structure that represents the gradient flow behavior of a scalar function. It supports multi-scale topological analysis and visualization of large scientific data. Its computation poses significant algorithmic challenges when considering large scale data and increased feature complexity. Several parallel algorithms have been proposed towards the fast computation of the 3D Morse-Smale complex. The non-trivial structure of the saddle-saddle connections are not amenable to parallel computation. This paper describes a fine grained parallel method for computing the Morse-Smale complex that is implemented on a GPU. The saddle-saddle reachability is first determined via a transformation into a sequence of vector operations followed by the path traversal, which is achieved via a sequence of matrix operations. Computational experiments show that the method achieves up to 7x speedup over current shared memory implementations.