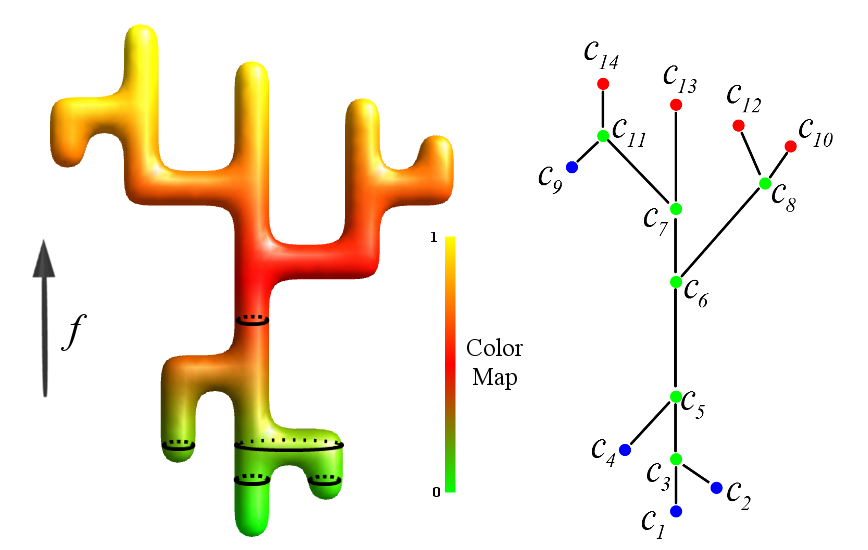 The contour tree is a topological abstraction of a scalar field that captures evolution in level set connectivity. It is an effective representation for visual exploration and analysis of scientific data. We describe a work-efficient, output sensitive, and scalable parallel algorithm for computing the contour tree of a scalar field defined on a domain that is represented using either an unstructured mesh or a structured grid. A hybrid implementation of the algorithm using the GPU and multi-core CPU can compute the contour tree of an input containing 16 million vertices in less than ten seconds with a speedup factor of upto 13. Experiments based on an implementation in a multicore CPU environment show near-linear speedup for large data sets.